You’ll find a long list of home remedies online that people say will stop your rodent problem. So, should you try any of these household items to get rid of mice in your home? 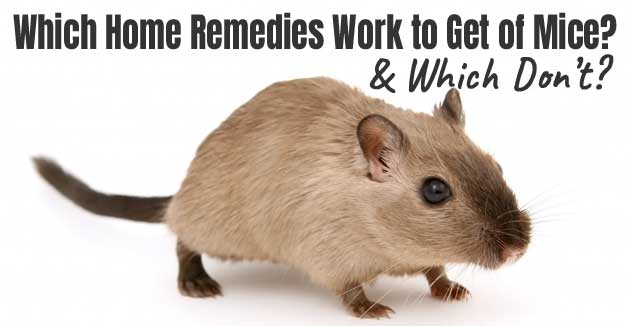 Although some of these cheap fixes are commonplace on the internet, most people agree that they simply don’t work. Either the mice are too smart, or they really don’t care.

That being said, why not try some of these natural supposed pest repellents? I mean, you may already have these products in your kitchen cabinet already.

In other words, you may not have to spend any money to test out some of these ideas. What do you have to lose, right?

Plus, if these items actually do work for you, you might solve your rodent problem without killing any mice. Not to mention, none of these ideas require traps. =)

Questionable (but Cheap!) Household Items to Get Rid of Mice: 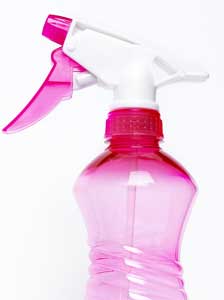 Some people think that the strong pungent smell of ammonia repels mice. However, pest professionals will tell you that it won’t.

That said, cleaning your home with this solution may create an environment that doesn’t necessarily attract mice. By the way, using bleach for mice essentially works in the same manner.

How do you get rid of mice with kitty litter?

According to Bob Villa, the smell of cat waste will deter mice. Therefore, scooping used kitty litter around the outside of your home may work to prevent the pests from going into your house.

Do mothballs get rid of rats and mice? Well, not really. And, here’s why.

Ehrlich pest Control explains that moth balls contain the potent ingredient naphthalene. However, the amount used in mothballs is a small. Although it works effectively against moths and other insects, it doesn’t affect rodents.

Can you get rid of mice with cinnamon? Although the scent of some spices can discourage mice from invading an area, cinnamon is not one of them.

However, many people have found some level of success using peppermint oil, cayenne pepper, pepper or cloves. Apparently, mice hate the smell of these.

Soak cotton balls or make sachets and place them in areas where to suspect mice are hiding.

Can you actually get rid of mice with dryer sheets? Batzner Pest Control says no.

That said, adding peppermint oil or cayenne pepper to a dryer sheet might yield you different results. I haven’t tried it.

Seventh Generation reports that both pepper and cayenne pepper work effectively at keeping mice away. How effective? I’m not exactly sure. 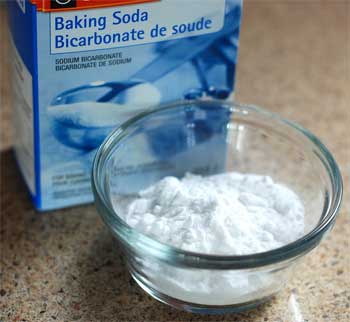 Although not considered humane, baking soda offers another alternative for getting rid of rodents.

According to Lake Norman Pest Control, “It turns out that baking soda catalyzes some form of reaction inside the rat’s stomach. Baking soda combines with the stomach acids to produce carbon dioxide gas which rats are unable to tolerate. In turn, it builds up within their system and eventually causes internal blockage and rupture”

Want some more ideas that you can use safely? Other cheap DIY methods for repelling those pesky rodents include Irish Spring soap, steel wool, bay leaves or salt. 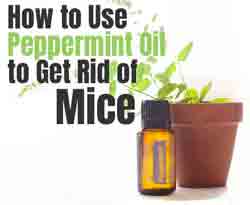 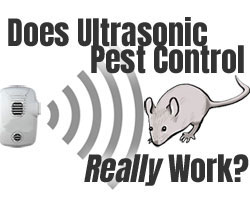 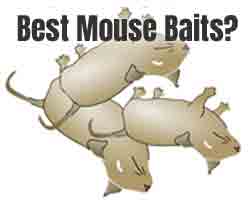 Should You Use
Mouse Poison?

How to Use Botanicals to Rid Rodents